Space to Grow Moffat started life as Moffat CAN in 2009. CAN stood for carbon neutral and the organisation had a range of objectives relating to the environment.

In 2010 Moffat CAN purchased the old Council depot at Annanside from Dumfries and Galloway Council. Subsequently, they were awarded a substantial grant from the National Lottery that supported the restoration of the building, including the development of office space. This money also funded what were then new energy approaches – an array of solar panels and an underground heating system.

Over the next few years CAN expanded with a wide range of demonstration projects in Moffat, a furniture project in Annan and a community café in Lockerbie.

Unfortunately, when grant funding for these projects ended, the organisation struggled to support itself with money raised from selling second-hand furniture and the café, so it began to flounder. A new board was brought in, and the decision to close Annan and Lockerbie was made, with more than a little sadness.

From autumn 2015 the new Board undertook a root-and-branch review and re-configuration of the organisation, with the aim of ensuring that the allotments and premises in Moffat would be available for the benefit of the local community.

Over the next few years, the buildings and grounds were gradually improved. Tenants were found for parts of the building and this, plus the income from the solar panels, allowed the organisation to become self-sufficient. The allotments, which had been affected by an extreme flooding event in December 2015, were re-let with a number of new users. A decision was made that all costs, bar any capital costs for building development, would be met from our own resources.

In November 2020, the Office of the Scottish Charities Regulator (OSCR) approved our application to become a SCIO and to change our name to Space to Grow, Moffat. 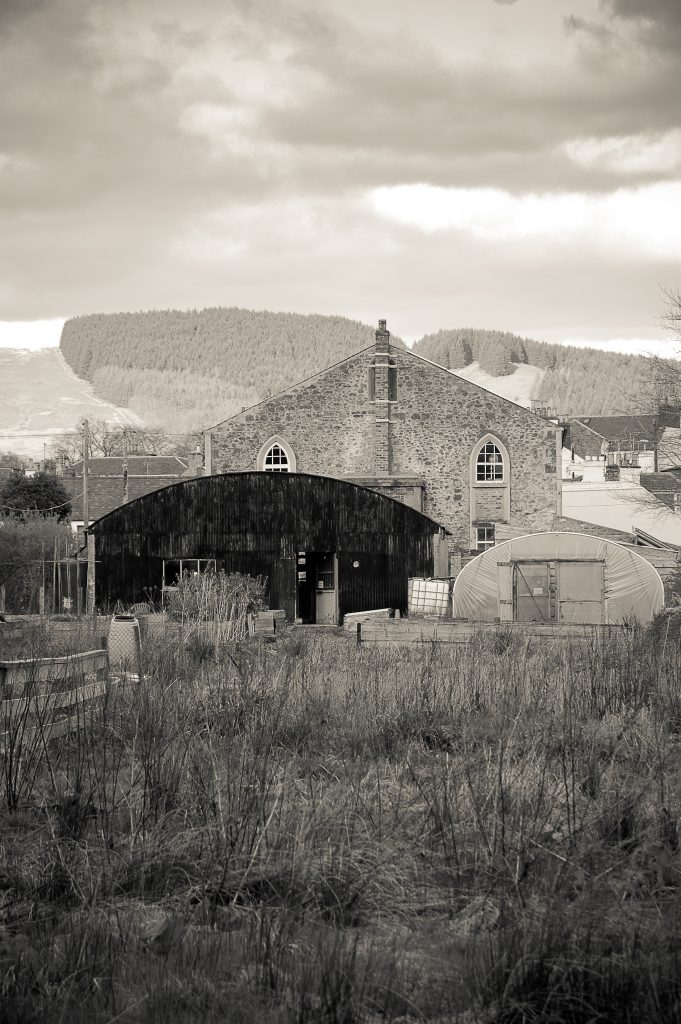